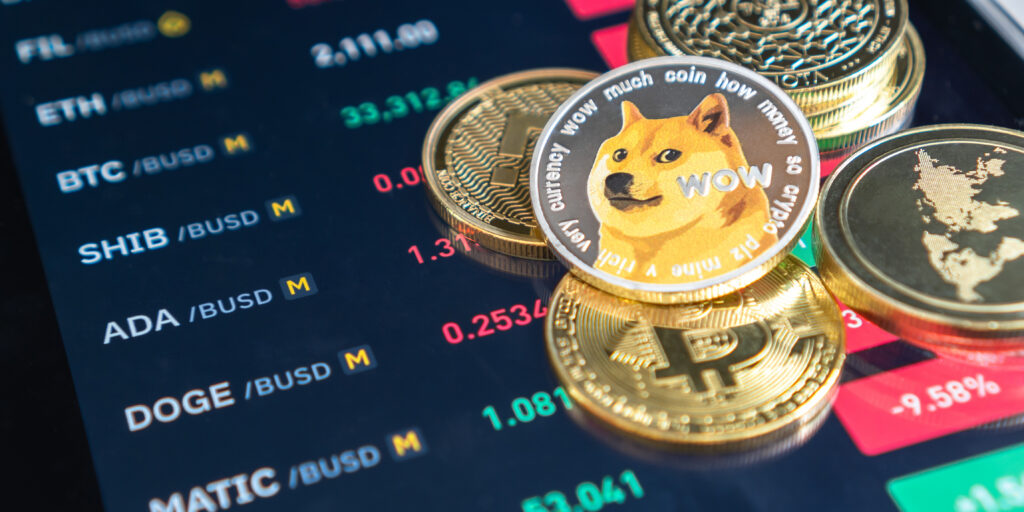 Dogecoin (DOGE/USD) was trading lower on Monday afternoon after a day of surprising Twitter news.

As covered on Invezz earlier today, market reaction was also on Tesla Inc. (NASDAQ: TSLA) stock. Why? Well, it’s about an Elon Musk move that comes after an eventful few weeks at the helm of Twitter, the company he bought for $44 billion.


Why did the DOGE price fall today?

While Dogecoin has been in downward mode since early December, the latest slump has much to do with what happened on Twitter today. In fact, it’s something that’s in keeping with a familiar trend that goes back to Dogecoin price skyrocketing to highs of $0.73 in 2021.

And that’s a tweet from Elon Musk, who holds Dogecoin.

The Twitter CEO ran a poll on the platform asking users to vote on whether he should step down. He promised to “abide by the results” of the poll. Surprisingly, 57% of 17.5 million user accounts suggested they would like to see a new sheriff in town for the social media platform. In short, if Musk were to stick to his own word, then he should be stepping down as Twitter CEO.

The overall crypto market remained under downside pressure on Monday, and largely mirrored stocks as Wall Street extended back to back weekly losses into a third week. Bitcoin continued to hover just above $16,600 and Ethereum sold-off to below $1,200.

For Dogecoin, the price declined by almost 10% on Monday, trading lower to lows of $0.071883. The top meme coin, the OG of the Shiba Inu dog-inspired cryptocurrencies, saw its value reach its lowest price level since 21 November 2022.

Notably, DOGE’s rally to above $0.14 in late October followed suggestions Musk would make the cryptocurrency the payment coin on the bird app. Various other ‘news’ items have hyped the meme coin as destined for a wallet integration on Twitter. But all that remains to be seen and will depend on whether Musk meant it with this latest poll.

Or it could be a huge opportunity for investors looking to buy Dogecoin on the cheap.