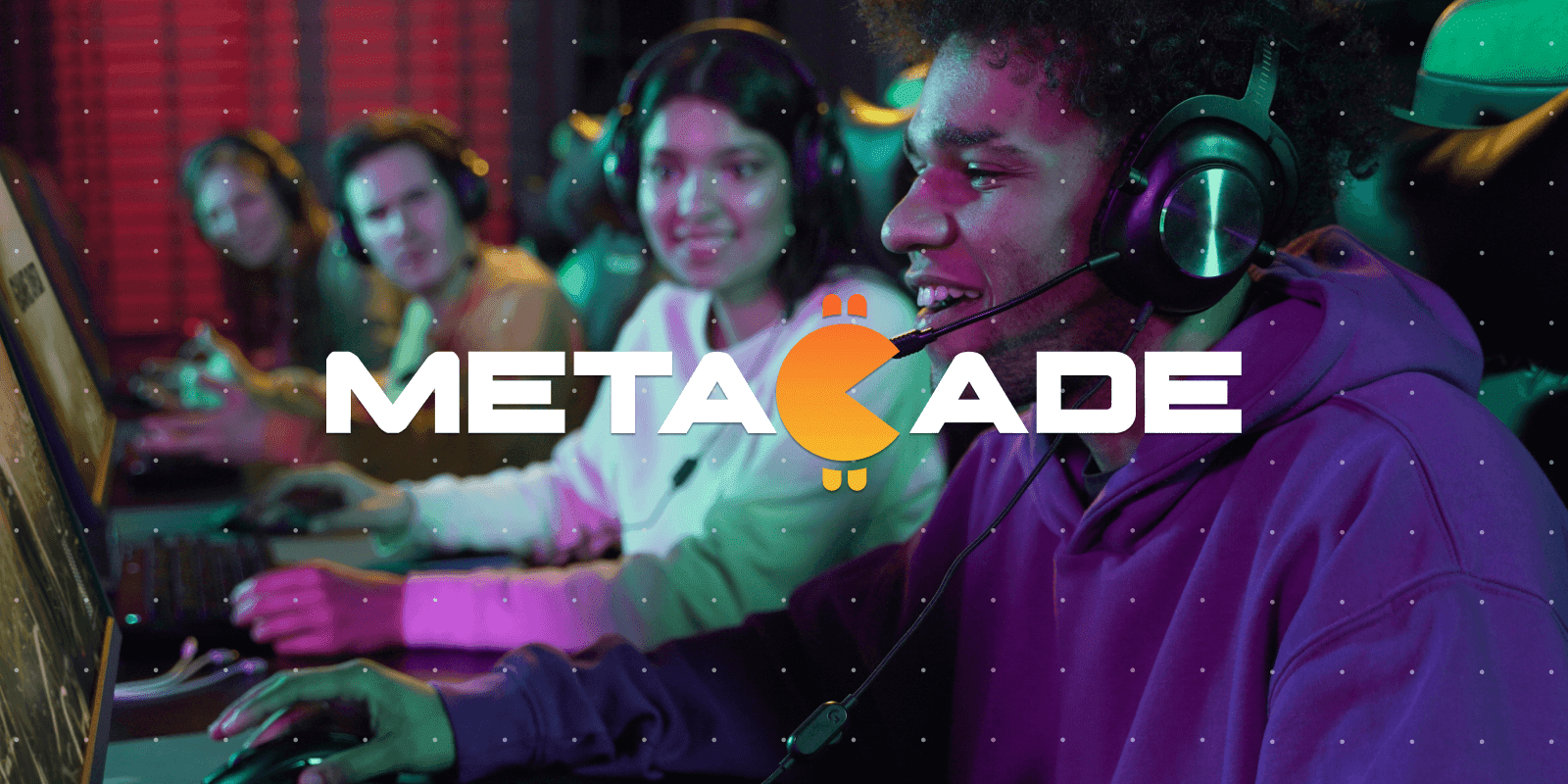 The metaverse is primed to be a pivotal turning point in how we interact with each other, from work and education to commerce and entertainment. Gaming will see some of the most substantial changes as the industry embraces metaverse technology and shifts towards greater immersion.

Already making waves for metaverse games are Decentraland and Metacade. Today, we’re diving into what exactly these two projects have going for them and why they could be your next best investment in 2023.

The Future Growth of Metaverse Games

The global metaverse market is forecast to grow to £25 billion by 2028, up from £455 million in 2022, and gaming is expected to be the main driving force behind this growth, according to Valuates Reports. It’s also projected to be the most profitable; driving mass development and investment as metaverse games soar in popularity.

Because of concepts like Play2Earn, NFTs, and DAOs that transform how games are played and bring new levels of digital ownership into the mix, the number of crypto-based metaverse games will likely grow exponentially as users realise a new era of Web3 gaming.

What Is Decentraland, and How Is It Changing the Industry in 2023?

Decentraland is a 3D virtual world that runs on the Ethereum blockchain. It’s designed to closely mimic reality, complete with its own digital real estate, skyscrapers, transport, and hotel chains. Users explore the Decentraland game with their own customisable avatar alongside thousands of others. But what will make Decentraland one of the best metaverse games in 2023?

One of the key features of Decentraland is digital commerce and ownership. Decentraland allows users to transact with its MANA token to buy avatar wearables, in-game services, and land. Land is broken up into parcels, represented by a non-fungible LAND token, and can be bought and sold for users to build whatever they like, for example casinos, art galleries, or nightclubs.

Decentraland, as its name suggests, is entirely decentralised and not owned by any one entity, unlike Meta’s Horizon Worlds. This is done through a Decentralised Autonomous Organization (DAO), which grants rights to anyone holding MANA tokens to vote on the future direction of Decentraland.

Ultimately, Decentraland is a platform made for others to create on it. As a result, a wide range of spaces have already been built for anyone to explore. Into digital art? There are plenty of events and art galleries to visit. What about virtual parkour or DJing? There are events for that too. In Decentraland, you can meet like-minded people from across the globe – without leaving your couch.

Metacade aims to be an innovative Web3 community that goes a step further in bringing like-minded people together. The team behind Metacade is creating a virtual arcade where enthusiasts can interact with each other, discover their next favorite metaverse games, and learn about the latest ways to make the most out of GameFi.

Metacade plans to be an all-in-one platform where players not only play their favorite metaverse games, but also become involved in their development, allowing individuals to dictate the direction of metaverse gaming, instead of venture-capital-backed game studios. Let’s take a look at what Metacade is doing that could change the industry in 2023.

What Makes Metacade a Winner For 2023?

Being community-driven is at the heart of Metacade’s philosophy. Their vision is to create a place where game developers, entrepreneurs, and crypto enthusiasts meet and share ideas about the future of metaverse gaming. No single platform currently exists that brings all these groups together, and Metacade plans to change that.

Metacade rewards its users for interacting with its ecosystem using the Metacade token (MCADE). When users perform actions like writing reviews or participating in game testing, they earn for contributing to the future of Metacade.

One of Metacade’s primary objectives for 2023 is the launch of Metagrants, a way of funding development at the grassroots level. Metagrants allow users to vote for which P2E titles they’d like to see developed, with the winner receiving a Metagrant to facilitate development. Community involvement doesn’t stop there, however; users can then go on to become a tester for the new game and get rewarded for their role.

Currently there’s a fundamental problem in the metaverse gaming space: no central space where enthusiasts can find career opportunities in an industry they love. Instead, they’re relegated to scouring potentially hundreds of sources to find sub-par opportunities.

Metacade intends to be the place where crypto and game developers post job listings, part-time gigs, and game testing opportunities, allowing users to go from earning a little extra on the side by testing a game, to starting a lifelong career in an incredibly exciting field.

Is Decentraland or Metacade a Better Investment?

With Web3 and metaverse gaming set to grow massively over the next five years, we’ll undoubtedly see stiff competition from new market entrants, making deciding where to invest a tricky decision.

You can buy Decentraland at eToro here.

The post Metaverse Games That Will Change the Industry in 2023: Decentraland and Metacade appeared first on Invezz.