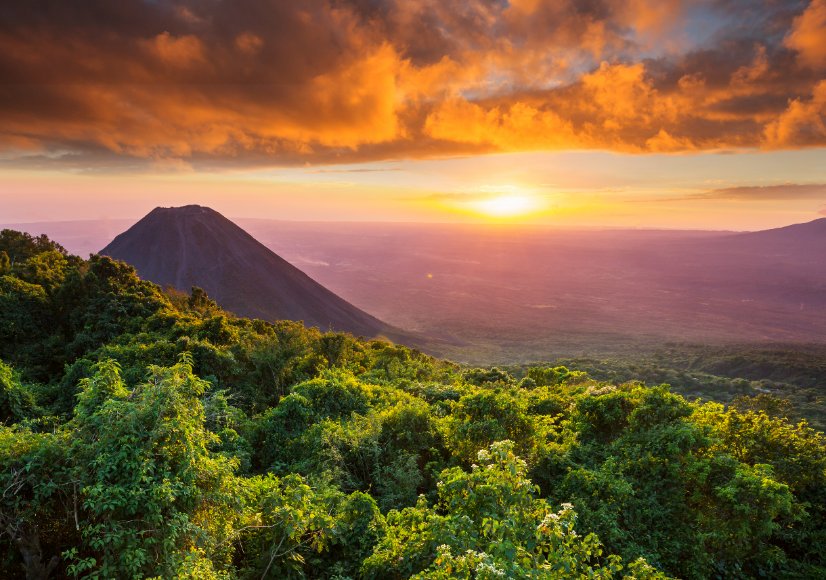 Setting foot on El Salvadoran soil is something I have wanted to do since September 7th of last year, which was the day that the Central American country became the first nation to declare Bitcoin as legal tender.

This past week I have finally made it a reality.

I will write a series of articles about my experience, my thoughts on the Bitcoin experiment and what it means for the future of both El Salvador and other sovereign states. For now, however, let me quickly talk about what makes it all possible: the Lightning network.

I touched down in El Salvador’s international airport at 2 AM local time. Being 50km to my accommodation in the city of San Salvador, with buses not running this late, I was forced to get a taxi.

Nearly an hour later I got to my place. The ride was $30. Funnily enough, I only had two $20 notes and the driver didn’t have change. So, Bitcoin actually made sense from a practical point of view, even aside from my burning desire to make my first ever real-world transaction with the magical Internet money I have spent so much of the last few years writing and reading about.

For those unacquainted, the Lightning Network is essentially an off-chain solution to the scalability problems of Bitcoin. It speeds up transaction processing times and decreases the costs involved, making it more practical. A deep-dive on Lightning will be preserved for another day, but for now that is the elevator pitch.

Indeed, for an experiment I also tried to send the payment to the taxi driver on-chain. That is, a standard on-chain Bitcoin transaction, rather than the Lightning network. The notification on my wallet said it would be confirmed within the next three hours. Obviously, as I sat in the passenger seat of a taxi in the early hours of the morning, this was totally unfeasible. I am not sure the driver would have been happy to sit there with me until 5 in the morning to ensure the payment arrived.

Lightning, however, was instant. It reminded me of using Revolut – the payment app that allows you to send money instantly to other Revolut users. Earlier this year it became the highest valued private company in the UK, at a lofty $33 billion, and it has been accumulating users at a rapid pace. It’s similar to Monzo in the UK, or Venmo in the USA, with how it facilitates instant transfers.

The experience of sending money through Lightning feels very much like the user experience that Revolut and those other similar apps offer – seamless, easy and efficient. The only difference, of course, is that we are using Bitcoin rather than fiat currency – a purely peer-to-peer currency with no central party. It felt surreal, to be honest, after all this time.

Of course, not everybody understands Bitcoin. In fact the pickup is perhaps not as high as you would anticipate. Anecdotally, I experienced about 30% / 35% of firms and people accepting Bitcoin in the city of San Salvador.

Franchises and big companies are more likely to accept the virtual currency. Walmart, Subway, big chain restaurants and the like were all set up well.

The below shows the example of the familiar automatic ordering system in McDonalds. I went in to order the classic Big Mac (I don’t eat them but for the experiment, I thought it had to be!). At the end of your order, the only difference compared to every other country is that there are three rather than two options to pay – card, cash or Bitcoin.

Tap Bitcoin, up pops a QR code and away you go.

Talking to locals, my anecdotal experience of 30% of businesses accepting Bitcoin seemed within the ballpark of what they experienced on a day-to-day basis, too. A question I asked everywhere that I did manage to pay with Bitcoin was how common did consumers request Bitcoin. The answers were extremely low – typically 10% or under, I was normally told.

The volatility was a frequent factor mentioned when I asked why people were hesitant to spend Bitcoin. Indeed, it was only after the release of the Chivo wallet – which is the government-issued wallet through which the majority of businesses accept payments – that an auto-convert feature was installed, allowing merchants to convert automatically the Bitcoin they receive from consumers to USD. Thus, at the start, if one accepted Bitcoin, they either had to hold it and speculate that the volatility would upward, or get to an ATM to withdraw it as cash.

However, on the bright side, nearly all commented on how easy it was to accept payments with Bitcoin – something I was surprised with myself too, as I mentioned above when comparing the ease of use of Lightning and the Bitcoin wallets to apps like Revolut and Monzo.

Indeed, I am now more optimistic that Bitcoin can in fact be used as a medium of exchange. The important auto-convert to USD feature makes this feasible, as it is unrealistic to force merchants or consumers to speculate on Bitcoin should they not want to. And with this feature now available, there really is nothing in the technical realm preventing businesses and consumers from paying (or accepting payments) denominated in Bitcoin.

While there is nothing technical stopping the use of Bitcoin, there is another major barrier – education. The reality is that Bitcoin is an incredibly complex thing, something which takes an extremely long time to wrap one’s head around – even in developed countries where everyone has the endless resources of YouTube and the Internet at their fingertips, should they want to learn about any topic.

This is exacerbated further when thinking of normal people without a financial background who don’t have a deep knowledge of monetary policy. It is unrealistic to expect normal people to see an asset whose price is wildly volatile and expect them to instantly flock to it.

The biggest thing that stood out to me was the lack of understanding. It’s easy to forget that President Bukele announced Bitcoin would be legal tender out of the blue. Last year at the Bitcoin conference in Miami, Bukele abruptly declared it to the world – the people of El Salvador got no advance warning, it shocked them as much as it shocked me and you.

Wherever you are reading this from, think about what would happen if your president suddenly declared Bitcoin as legal tender, without any input from the people, vote, nor education in advance. Presumably, given you are reading this, you are more knowledgeable than the average person about Bitcoin, but there is no doubt still a massive portion of your country’s population that have no idea how it functions.

In El Salvador, that is no different.

Keep an eye out for Dan’s next pieces on El Salvador, where he will delve into the Bitcoin experiment deeper. He will assess the politics of the country and how Bitcoin has been drawn in, the controversial volcano bonds President Bukele is launching, the proposed Bitcoin City project, macro implications of the state holding Bitcoin on their balance sheet, and more.

The post I went to El Salvador: Lightning made it possible appeared first on Invezz.