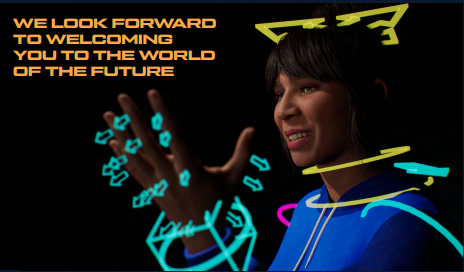 Victoria VR, the metaverse company that builds the world’s first blockchain-powered realistic virtual reality metaverse, was the standout project at EGX London, the UK’s biggest gaming event, which was held between September 22 and 25.

At the event, Victoria VR garnered interest from a large number of guests as it gave them a taste of its unique metaverse project through a VR headset. The company revealed its novelties, answered questions, and presented its team to EGX visitors.

EGX (formerly known as Eurogamer Expo) is a video game event held annually in the UK and Germany. The trade fair is organized by Gamer Network, a British video game-oriented media company.

Victoria VR’s event began by holding a keynote presentation at the Czech Embassy. This decision was due to the fact that the company’s main office is in Prague, Czechia.

After this presentation, Victoria VR proceeded to the convention center ExCel London, which hosted the 5-day video gaming exhibition.

Victoria VR’s booth attracted a wide range of people thanks to the excitement that surrounds its metaverse project.

The team said it is dedicated to ensuring that everyone can explore and interact with this unique virtual world for free.

Victoria VR believes that it is building more than just a gaming ecosystem. The team said the virtual world could replace the current experiences of entertainment, business communication, shopping, learning, and more.

The company intends to develop a virtual realistic world where users can come to play, rest, work, shop, and learn.

Victoria VR is unique thanks to its high-quality realistic graphics powered by Unreal Engine, which has been used by reputable gaming studios in the US and worldwide.

The Unreal Engine is fully upgradeable, so gaming projects built on it can conveniently adapt to the ever-changing interests of gamers.

Victoria VR said its ecosystem would integrate online games, decentralized apps, and virtual realities. All assets will be hosted on blockchain as non-fungible tokens (NFTs).

The team said its realistic virtual world would offer many play-and-earn experiences, which is an evolution from the controversial play-to-earn (P2E) model.

According to Victoria VR co-founder and COO Adam Bém explained in a recent interview, P2E can often turn gaming into a job, taking away the fun and entertainment factor.

Victoria VR said 2023 would be an important year as it looks to release most of the content for its virtual world. Recently, Victoria VR released the VR Island Teaser, which shows its incredible realistic world with breathtaking views.