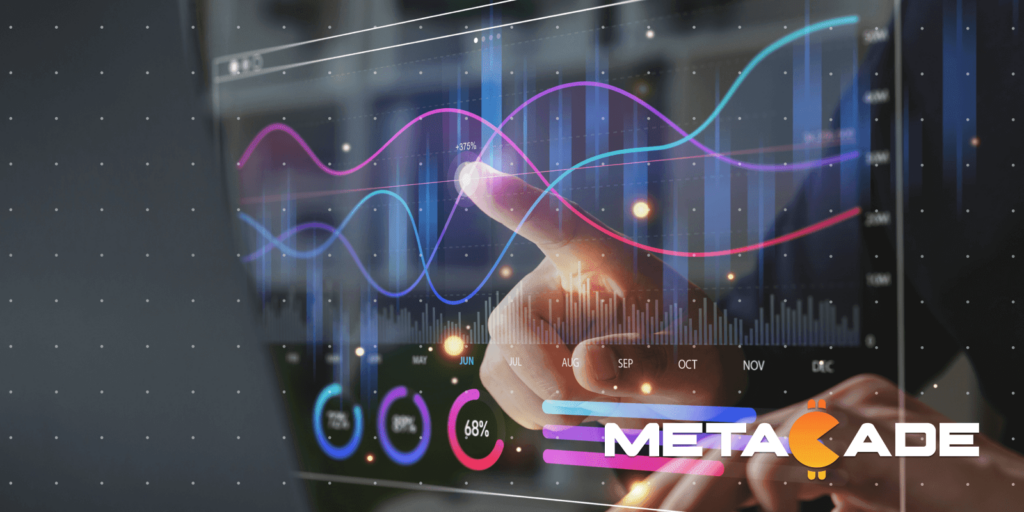 Metaverse games like Decentraland and The Sandbox were thrust into the spotlight when Facebook announced their rebrand to Meta back in October 2021. With metaverse gaming expected to grow from $36.8 billion in 2022 to $710.2 billion in 2027, according to Global Market Estimates, putting money into metaverse projects with great potential has quickly become a top priority for investors.

In this article, we’re going to show you how a new project known as Metacade stacks up against Decentraland and The Sandbox.

Decentraland is a 3D world built on the Ethereum blockchain. It’s a virtual landscape where users can create practically anything they can imagine, like games, hotels, casinos, transport, and more. This is all done on Decentraland’s virtual land, represented by the LAND non-fungible token (NFT), which can be bought and sold for a profit on Decentraland’s marketplace using the MANA token.

Users interact with the world around them via a virtual avatar. On the Decentraland marketplace, you’ll also find wearables that can be used to customise these avatars to suit your style, such as hairstyles, watches, suits, shoes, and evening dresses. According to NFT Stats, one pair of shoes recently sold for as much as $7.3k!

Ultimately, no one company or person owns Decentraland: it’s completely decentralised. This means its players are the ones that control the future of Decentraland, unlike some other games, for example Meta’s Horizon Worlds.

What is The Sandbox?

The Sandbox is one of the most recognised metaverse projects alongside Decentraland. Like Decentraland, The Sandbox is a 3D virtual world that runs on the Ethereum blockchain. The main difference, however, is that The Sandbox emphasises gaming experiences. The Sandbox allows its users to develop entire games complete with quests, user-created objects, and programmable characters.

While other development platforms have offered these features for over a decade now, the twist is that The Sandbox allows users to truly own their creations. Unique items can be built as ASSET NFTs, which can then be traded on The Sandbox’s marketplace. Entire games, represented by the GAME token, can also be bought and sold with ease.

This is all made possible by the VoxEdit and Game Maker tools built into The Sandbox. VoxEdit is the platform where users can create their own unique objects, and the Game Maker lets users turn their game ideas into (virtual) reality, even if they have no game development experience.

Metacade is a new metaverse gaming project that aims to be the number one community hub for everything Web3 gaming. It’s a place where users go to socialize with like-minded gamers, to discover how to make the most from the latest metaverse games, boost their Play2Earn income, and connect with some of the brightest minds in blockchain-based gaming.

But Metacade’s end goal is much more than that. Their vision is to build a platform entirely owned by the community responsible for some of the most impressive games and innovations in one of the fastest-growing industries on the planet: GameFi.

What Makes Metacade So Unique?

Metacade intends to be the ultimate destination for anyone looking to find their edge in GameFi. To do this, they’re incentivising users with the MCADE token to share reviews, the best Web3 alpha, and content that helps anyone looking to enter the world of Play2Earn. You can get paid to share your thoughts and expertise on games you already love to play. Metacade even plans to feature a testing environment where developers can pay beta testers to find bugs, suggest features, and help hone their prototypes.

One of Metacade’s features that holds the most potential, however, is the launch of Metagrants in late 2023. Metagrants will see game developers battling it out to win funding for their project, as voted for by the Metacade community. Unlike traditional crowd-sourcing platforms, there can only be one winner, meaning only the very best ideas are given the community’s support. As further titles are added over time, Metacade intends to grow to become an exclusive virtual arcade hosting some of the world’s leading Play2Earn titles.

At that stage of development, Metacade also aims to be entirely self-sufficient through a decentralised autonomous organisation (DAO), complete with a community-run treasury and leadership positions given to the platform’s most valuable members. This will allow the community to have their say on what direction they’d like to take Metacade and, ultimately, the future of Play2Earn gaming.

Investing in Metacade vs. Decentraland and The Sandbox

Metacade’s biggest difference against games like Decentraland and The Sandbox is that it’s not a game in itself; it’s the platform where users go to find, earn more from, and help develop these games. While Decentraland and The Sandbox depend on players finding enough value in their platforms, Metacade’s growth is directly linked to the metaverse and Web3 gaming industry expanding as a whole, making it a much safer bet.

And according to BeinCrypto, these two games are struggling right now. As of the 10th of October, The Sandbox has 616 active players; Decentraland has only 379 active players. While these games come and go, Metacade is perfectly positioned to take advantage of the industry’s growth as a whole. Combined with the fact that Metacade has yet to launch into the mainstream, MCADE could be one of the best investments you make in the future of Web3.

You can buy Decentraland and The Sandbox at eToro here.